The Miracle of the Desert. The Miracle of the Desert.

Something pretty exciting is happening in the Outback of South Australia.

There’s a vast inland sea building there. The most rains in a decade have drenched the Strzelecki and Simpson Deserts leaving huge areas awash with floodwaters which will fill Australia’s largest freshwater inland system, the Coongie Lakes.

Most years these two deserts are beautiful but inhospitable places. However with rain, they transform into a natural wonderland.

In the fast evaporating waters from the last flooding perhaps 10 to 15 years ago, millions of fish eggs lie in the burning sands.

When the waters come these eggs hatch and a seething mass of fish fill the lakes.

Somehow in nature’s mysterious way, birds from all over Australia and as far away as Russia began to arrive in legions, feasting on the vast schools of fish. 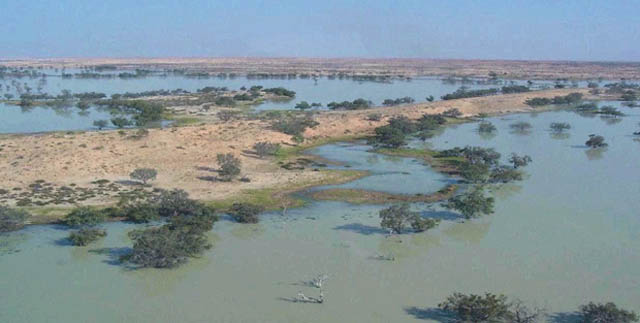 I watched all this the last time it happened in 1999 and 2000, flying many times over the lake system.

While the pictures are pretty average, shot one handed through the perspex of my aircraft window, they illustrate the extent of the waters. 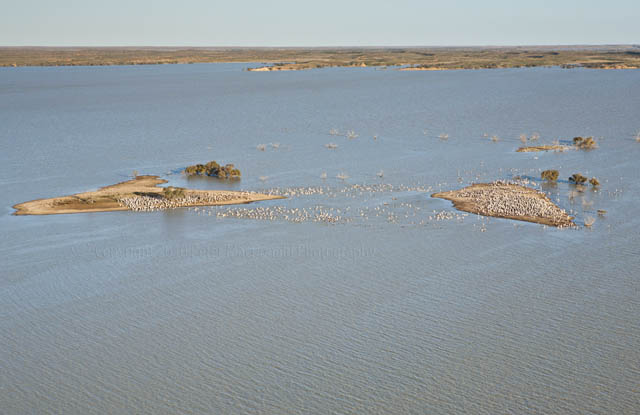 In this one, small islands in the lake system become the spawning ground for thousand of pelicans. They mate here and stay while their young grow strong – feeding all the while on the abundance of fish.

The shot was taken almost at the end of the cycle so many of the birds have moved on.

While it impossible to reach at the moment – in the months to come when the roads and tracks dry out, it will be something really worth seeing.